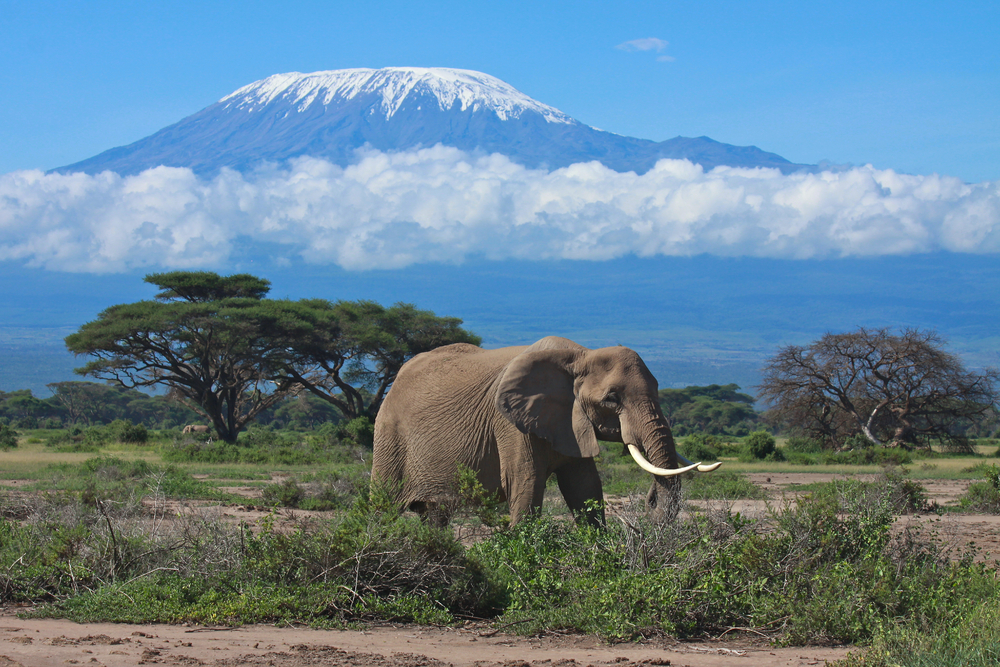 Amboseli National Park is in southern Kenya. It’s known for its large elephant herds and views of immense Mount Kilimanjaro, across the border in Tanzania.

When we booked out trip to Kenya to take part in the B1G1 Kenya Study Tour we allowed an additional week to explore and put a Safari at Amboseli National Park at the Top of the List. Our driver picked us up from our Nairobi hotel at 0800 and we drive 5 hours down to Amboseli. Kibo Safari Camp was awesome, we had a beautiful luxury tent, the bar and restaurant were spacious and well equipped.

After lunch, we head to the National Park (just a 5min drive) to do an evening safari. I was blown away by the amount of animals we were able to see in 3 hours. This was my first Safari, and I suppose I had imagined that we might drive for hours looking across the African plains searching for wildlife but it couldn’t have been more different. Amboseli is bursting with life!

Within 15min of driving into the park, we had spotted Wilderbeast, Zebra, Thomson’s gazelle, Grant gazelle and Giraffes.

FUN FACT: Did you know a group of Zebra is called a ‘Dazzle’ and not so surprisingly a heard of Wilderbeast is called a ‘Confusion’.

As the sun was coming down we sat quietly in our vehicle for about 45min and watched the most majestic herd of Elephants having a dust bath.

They surrounded us and we were able to just admire their beauty. We counted almost 50 – they were so beautiful to watch.

The African elephant is the largest animal walking the Earth. Their herds wander through 37 countries in Africa. They are easily recognized by their trunk that is used for communication and handling objects. And their large ears allow them to radiate excess heat.

Elephant families have a matriarchal head, meaning that an older, experienced lady elephant leads the herd. A family usually consist of a mother, her sisters, daughters their babies (calves).  Occasionally, non-related elephants join to form families. Female family units range from three to twenty five elephants so its possible that this was two or more families all gathered in once spot.

We were so memorised that we almost missed the closing time of the park -which would have resulted in a big fine, but luckily we escaped that as we raced to the exit. An amazing first day!

We had an interesting start to the day as I was stung by a scorpion in the shower. It gave me a little scare, even though it was a tiny scorpion, I had a severe burning sensation – I quickly got dressed and visited the camp staff to show them a photo of the scorpion and my bite but they assured me it was not the dangerous type and the pain would only last 24 hours. Thank goodness as I did not want to miss this full day safari.

After a delicious breakfast we departed around 0730 for Amboseli National Park. The Park covers 392km², and the wildlife really is abundant so our plan was to spend a full day and try to get around the whole park.

Amboseli has a mixed topography of plains, acacia woodland, rocky thorn bush, swamps and marshes – and we got see all of it today. Check out this amazing first spotting of a lone Buffalo.

This diversity, along with a long dry season which is what ensures viewing large concentrations of African animals living in this natural habitat is almost guaranteed.

Obviously when doing a Safari the goal is to see “The Big Five”.

But I became slightly obsessed with “The Ugly Five’. The members of this most exclusive of clubs are: hyena, wildebeest, vulture, warthog and the marabou stork.

Spotted hyenas are often called “laughing hyenas” because their giggle vocalisation sounds very much like hysterical human laughter. But the one thing that I noticed is the absolutely stink!

Initially I thought this was from eating decaying animal corpse, but apparently there is more to it…. Communication.

Hyenas roam large territories in packs and use smell to guide their way. Pouches near their anus produce a foul smelling paste called “hyena butter”, which they rub onto objects and even each other.

The smell doesn’t just mark territory. It’s also used by clan members as a way of updating one another about other pack members, a sort of who’s who guide to body odour.

An analysis of the chemicals in hyena butter showed that not only did individual hyenas have a unique scent, but that clan members had a unique “clan” scent that differed from other clans. Gross but also quite cool, no?

We stopped for lunch at Observation Hill which offers panoramas of the peak and the park’s plains and swamps. Getting a birds-eye-view of the plains was amazing.

Yay, we saw some Hippo! And how cool to see these Elephants roaming in the background of this swamp.

We had an awesome day Safari and were absolutely exhausted by the end of it. Even having a little nap on the drive back to our camp. We managed to spot 2.5 out of the big five while in Amboseli ( I say two and a half because we say the African elephant and Buffalo, we only saw a Lion’s butt & tail sticking out from under a bush & have not yet spotted a Leopard or Rhino). Luckily we have a trip planned to Lake Nakuru National Park and the Maasai Mara while here in Kenya so there is still time.

Checking out of Kibo Safari Camp

It’s time to leave Amboseli and drive back to Nairobi. Here is a quick family shot of us (if you look really hard, you can spot Mt. Kilimanjaro in the distance. We’ll be stopping at a Maasai Village for an hour before we leave as I need to find out how high the Maasai really can jump!

Arriving at this Maasai village was really fun. The songs and dancing we’re beautiful. I must say that it is not the most authentic experience – clearly a commercial endeavour, however, it was still cool too see a bit of traditional culture while here.

After the welcome, we were shown around the village by the Chief’s son Patrick, he showed us inside the mud houses, talked to us about traditional medicines and how to make fire.

The woman in the village each had their own shop and we were asked to make purchases from them.

On the way back to Nairobi we spotted the Marabu Stalk (one of the ugly five) and also got to see the slums from a distance, something we 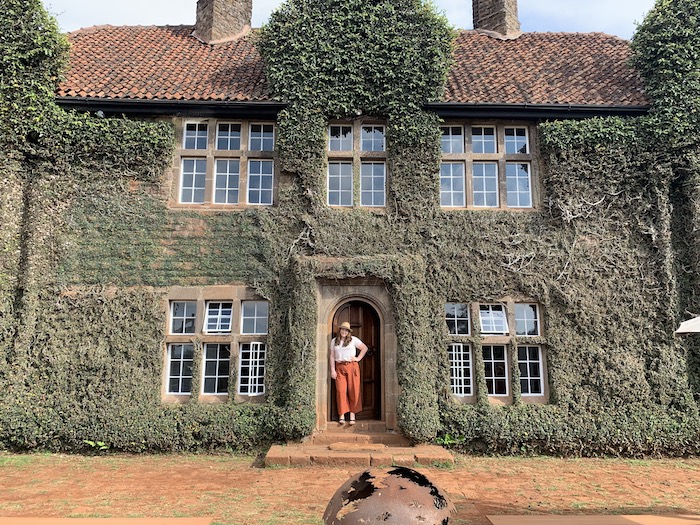 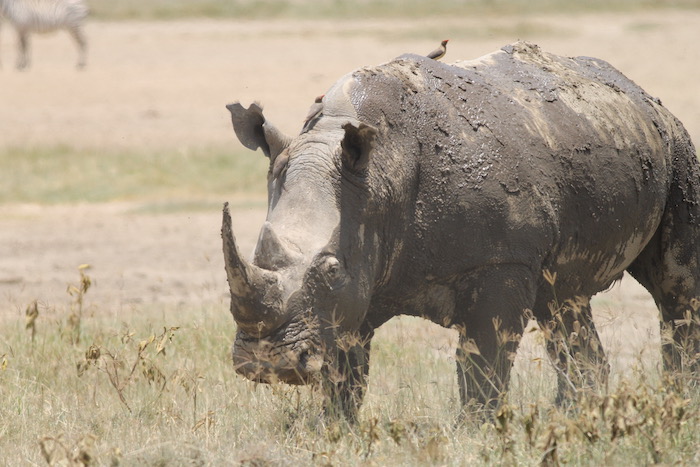